Join us to hear from scientists and activists to dissect the report from the Intergovernmental Panel on Climate Change (IPCC) and the National Climate Assessment compiled by hundreds of scientists from around the world. These reports warn that these dangers are no longer remote or hypothetical.

Both reports call for urgent action. How do we respond to a crisis larger than any we as a species have ever faced?

We will hear from a panel of experts who have been involved with the climate issue and how to address it. This critical discussion will leave ample time for speakers to answer questions from our audience.

Dr. Nathan Phillips is Professor of Earth and Environment at Boston University. His research focuses on physiological mechanisms that regulate water, carbon, and energy exchanges between plants/ecosystems and the environment, especially in the context of environmental change.  More recently, this research has been translated to studies of the ecology “in cities”, and the ecology “of cities”, in an interdisciplinary research program called “Urban Metabolism” supported by the National Science Foundation and Boston University’s Sustainable Neighborhood Laboratory.

Saya Ameli is a Representative of Sunrise junior in Brookline high school, a member of Sunrise Boston, and the Environmental Action Club, organized and run by students. I began getting involved with local politics in freshman year, when my friends and I decided to write and pass a resolution for the town of Brookline. The excitement of the process and the urgency of the issue has made me stay ever since. 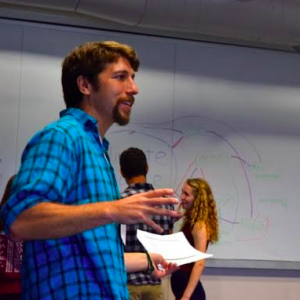 Alan Palm is the Director of Organizing for 350 Mass for a Better Future. He supports the 350 Mass network with local and statewide campaigns, direct actions, trainings and strategy. Alan also represents 350 Mass as a co-coordinator of the Mass Power Forward coalition. For more than a decade Alan has been working to educate and activate the public to fight for climate justice. In 2007, Alan co-founded a sustainability education organization that traveled to 46 states aboard vegetable oil and solar powered school buses, presenting at schools and supporting the youth climate movement. In 2009, Alan joined ACE: Alliance for Climate Education where he led a team that presented to nearly half a million high school students throughout New England, and trained dozens of youth to lead campaigns for issues like Fossil Fuel Divestment and 100% Renewable Energy. As a community fellow at the Harvard Kennedy School, Alan studied social movement organizing under Marshall Ganz. 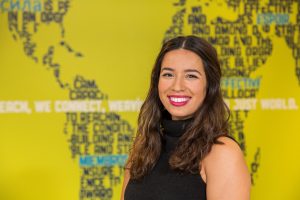 Carolina Santamaria is the Development Organizer at Corporate Accountability. In her daily work, Carolina works with members across the country and globe to channel people power into action to challenge transnational corporations, especially the fossil fuel industry which is at the root of the climate crisis we see today. One of her favorite campaign memories is from the People’s Climate Movement in Washington, D.C. – where she marched alongside members, allies, and other deeply concerned citizens. Carolina also served as a board member of the Colombian American Cultural Society of Rhode Island, which focuses on valuing and empowering the Colombian community through civic engagement and community outreach programs. Before joining the Corporate Accountability team Carolina received her B.A. in International Relations and Affairs  at Emmanuel College with a concentration in sustainability and global justice.

Richard Rosen received his physics doctorate from Columbia University (1974), and was a Senior Fellow and founder of the Tellus Institute (Boston6) until 2016.  He has researched energy system, climate change, and electric utility policy issues since 1976.  He has testified as an expert witness in numerous public utility commission hearings and Clean Air Act court cases throughout the United States on behalf of the US Department of Justice and state attorneys general. He specializes in reviewing energy system planning and forecasting methodologies, and has written reports on these issues for the US Department of Energy and the US Environmental Protection Agency. 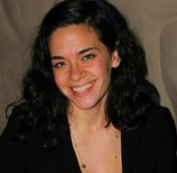 Anny Martinez, (Moderator) Jamaica Plain Forum and Institute for Policy Studies. Prior to joining IPS, she has worked as an environmental justice organizer with several organizations, including facilitating Interfaith & Environmental Dialogues with the Coalition against the Pilgrim Pipeline and Food & Water Watch.