As persons of faith living in 21st century America, we feel called to question how we might work, take action, do our part, to dismantle white supremacy. We seek to deepen our understanding of the role white supremacy has played in the development of our modern day society, take some inventory, and identify opportunities for collective action. We are inspired by the words of Rev. Mary Margaret Earl, Executive Director and Senior Minister of UU Urban Ministries in Roxbury:
“We must continue the work that many of us have been engaged with, to dig deeper into the ways that racism has infiltrated our subconscious, our hearts, and our educational, prison and government systems since our country was founded. The hate on display in Charlottesville, as grotesque as it was, is not disconnected from the rest of us. It is the most egregious, visible outgrowth of the racism we have all breathed in, like polluted air, our whole lives.”
We are all caught in that web. For those of us who identify as white, we work to become unstuck through listening and learning. Listening nondefensively to people of color who are willing to share their experiences and viewpoint. Learning about the history of racism in our nation. 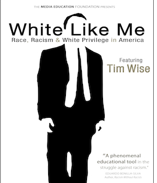 White Like Me, based on the work of acclaimed anti-racist educator and author Tim Wise, explores race and racism in the U.S. through the lens of whiteness and white privilege. In a stunning reassessment of the American ideal of meritocracy and claims that we’ve entered a post-racial society, Wise offers a fascinating look back at the race-based white entitlement programs that built the American middle class, and argues that our failure as a society to come to terms with this legacy of white privilege continues to perpetuate racial inequality and race-driven political resentments today.

I Am Not Your Negro envisions the book James Baldwin never finished, a radical narration about race in America, using the writer’s original words, as read by actor Samuel L. Jackson. Alongside a flood of rich archival material, the film draws upon Baldwin’s notes on the lives and assassinations of Medgar Evers, Malcolm X, and Martin Luther King Jr. to explore and bring a fresh and radical perspective to the current racial narrative in America.

The Canary Effect is a documentary that examines the impact of US policies on the Indigenous peoples of North America. Delving deeply into the often misunderstood and frequently over looked historic realities of the American Indian, The Canary Effect follows the terrifying and horrific abuses instilled upon the Indigenous people of North America, and details the genocidal practices of the US government and its continuing effects on present day Indian country. Featuring interviews with the leading scholars and experts on Indian issues including controversial author Ward Churchill, the film brings together the past and present in a way never before captured so eloquently and boldly on film. The movie was directed by Robin Davey and Yellow Thunder Woman, who are both members of LA Based alternative pop group The Bastard Fairies. 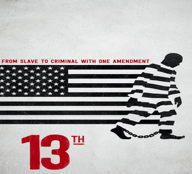 13th is a 2016 American documentary by director Ava DuVernay. The film explores the “intersection of race, justice and mass incarceration in the United States; it is titled after the Thirteenth Amendment to the US Constitution, which freed the slaves and prohibited slavery (unless as punishment for a crime). DuVernay contends that slavery has been perpetuated in practices since the end of the American Civil War through such actions as criminalizing behavior and enabling police to arrest poor freedmen and force them to work for the state under convict leasing; suppression of African Americans by disenfranchisement, lynchings and Jim Crow; politicians declaring a war on drugs that weigh more heavily on minority communities and, by the late 20th century, mass incarceration of people of color in the United States

This program is free and open to all.