Nayyirah Shariff and Gina Luster are Flint-based organizers with Flint Rising, a coalition born from the city’s water crisis that is leading the ongoing struggle for justice for Flint residents. 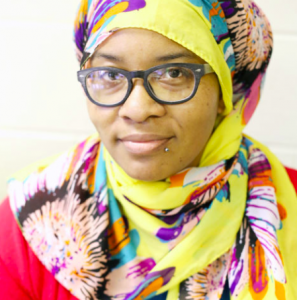 Nayyirah Shariff is a grassroots organizer based in Flint, Michigan. Nayyirah was one of the co-founders of the Flint Democracy Defense League, a grassroots group formed to confront Flint’s emergency manager in 2011. She has nearly ten years’ experience organizing around local, state, and national electoral and issue campaigns. She has been featured on Democracy Now!, Move to Amend podcast, Al-Jazeera and Netroots
Nation speaking out about the problems with Flint’s water and with Michigan’s Emergency Management of local governments. She is currently the Director of Flint Rising, a coalition of Flint residents and community groups, labor, and progressive allies that formed in response to Flint’s emergency declaration.

Gina Luster is a grassroots organizer based in Flint, Michigan. She is also a mother of one daughter, a 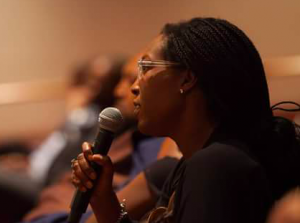 public speaker, and an entrepreneur. She is one of the many mothers in Flint who organized to protect the health of children in their community and to secure justice for city residents.

The event will begin with a screening of a short documentary called Here’s to Flint, which tells the story of how one of the biggest environmental scandals of our generation took place. Then, Nayyirah and Gina will tell their own stories and the stories of other organizers who worked and continue to work tirelessly against great odds to secure justice for their community. You’ll hear how they’re exposing the racist emergency management law in Michigan and challenging the reckless government officials and corporate interests whose policies and practices blatantly disregarded the lives and health of poor and Black residents in the city. 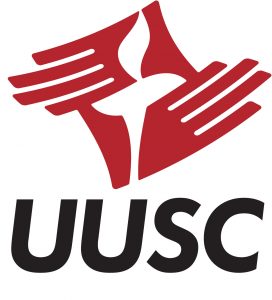 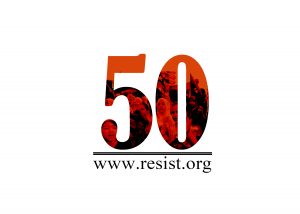 Let us know you’re coming on Facebook or Eventbrite!

This program is free, handicap accessible and open to all.

*The screening will be preceded by a supporters reception at a nearby home. For more information or to RSVP for the reception please contact Marilyn Willmoth at RSVP@corporateaccountability.org