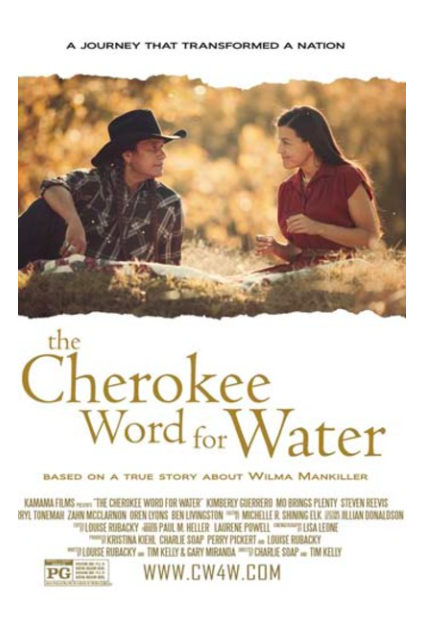 As part of our second year of the Dismantling White Supremacy Film series this movie tells the story of the work that led Wilma Mankiller to become the first modern female Chief of the Cherokee Nation.

The Cherokee Word for Water is based on the true story of the Bell Waterline Project. The feature film is set in the early 1980s in a rural Oklahoma Cherokee community where many houses lacked running water.