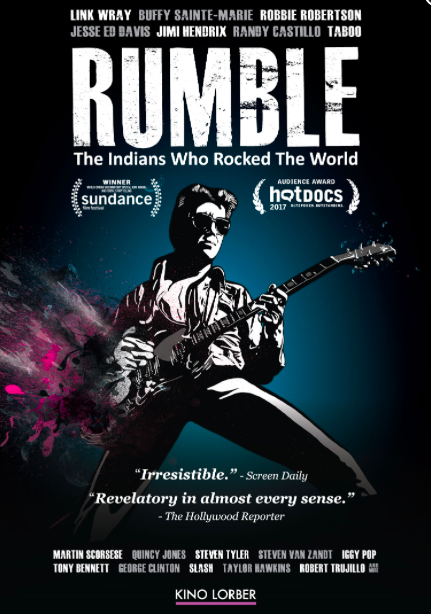 THE INDIANS THAT ROCKED THE WORLD

As part of Dismantling White Supremacy Film Series this revelatory documentary brings to light the profound and overlooked influence of Indigenous people on popular music in North America. The early pioneers of the blues had Native as well as African American roots, and one of the first and most influential jazz singers’ voices was trained on Native American songs. As the folk rock era took hold in the 60s and 70s, Native Americans helped to define its evolution.

Link Wray, Charlie Patton, Jimi Hendrix, Mildred Bailey, Buffy Sainte-Marie, Robbie Robertson, Jessie Ed Davis, Randy Castillo just to name a few.. The is an eye opening film about the First Nation brothers and sisters whom are long over due for the commemoration of their enormous contribution to every single genre of music today!