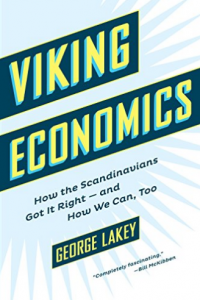 We’ve heard that the Scandinavian countries – Denmark, Finland, Sweden and Norway – have a better quality of life and less inequality than the United States.

Why is this so? And how did this “Nordic model” come about? What is relevant to a U.S. context? In his new book, Viking Economics, veteran organizer George Lakey explores the history of Nordic social movements that reduced poverty and inequality and the policies that foster such livable societies. Come meet Lakey and learn valuable lessons for the United States.

See a review of Viking Economics by Chuck Collins here. 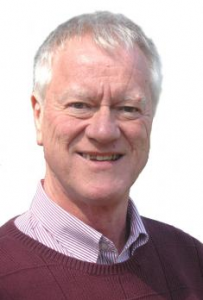 George Lakey, 78, recently retired from Swarthmore College where he was Eugene M. Lang Visiting Professor for Issues in Social Change and managed the Global Nonviolent Action Database research project (nvdatabase.swarthmore.edu). Each of his nine published books has been about change and how to get it. He received the Martin Luther King, Jr., Peace Award, the Paul Robeson Social Justice Award, the Ashley Montague Conflict Resolution Award, was named the Peace Educator of the Year in 2010, and received the Giraffe Award for Sticking his Neck out for the Common Good.

He is a Quaker, a gay man with four great-grandchildren, and plays Broadway tunes for sing-alongs. His first arrest was for a civil rights sit-in, he has served as an unarmed bodyguard for human rights defenders in Sri Lanka, and recently walked 200 miles to protest mountaintop removal coal mining in Appalachia. He has founded a number of social change organizations including Training for Change and, most recently, Earth Quaker Action Team (EQAT.org).

He is a columnist for WagingNonviolence.org where he often shares lessons learned from leading over 1500 social change workshops on five continents.