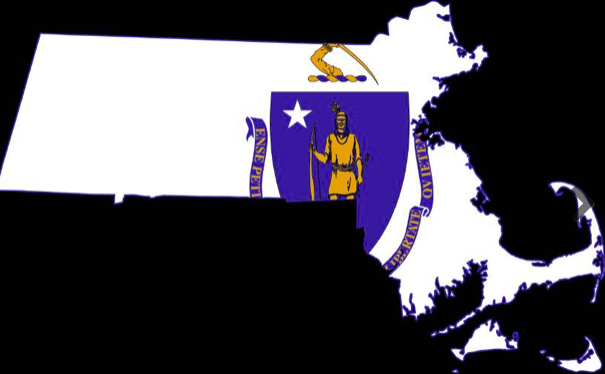 Join us at the Jamaica Plain Forum to discuss how to Help Change the State of Massachusetts official Flag and Seal – a Symbol of White Supremacy for the last 390 years.

For the past 35 years, legislation has been pending in the Massachusetts State Legislature to establish a special commission to review the State Flag and Seal, and to invite Native leaders of the Commonwealth to sit at the decision-making table with legislators to design a new flag and seal for Massachusetts.
The current flag and seal, which features a Colonial broadsword held in a white hand over the head of a composite “Ideal Native American,” is one of two state flags in the United States that remains controversial due to its representation of white supremacy. Mississippi continues to use the Confederate Stars and Bars – a representation of white domination over African Americans – in its official state symbols. Does Massachusetts want to continue in a race to the bottom with Mississippi to see which state will retain their invidious imagery of white supremacy the longest? As the 400th anniversary of the Pilgrim landing approaching in 2020, and with other bills pending in the Massachusetts legislature to ban the use of Native sports mascots in public schools, to change the name of Columbus Day to Indigenous Peoples Day, and to institute a positive program of Native studies in public schools in the Commonwealth, to counteract centuries of negative stereotyping of Native People – the time is right to change the State Flag and Seal of Massachusetts. With your help, we can do it! 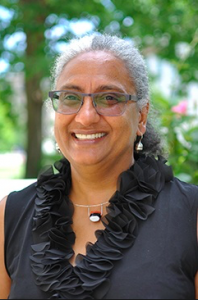 local tribes that are not federally recognized. She works in a number of volunteer and consulting capacities on issues important to local indigenous communities and serves on a number of advisory councils and management boards including those at the Boston Harbor Islands National Park, Digital Archive of Native American Petitions in Massachusetts and the Massachusett Tribe at Ponkapoag.   She currently works as an Assistant Director of Academic Affairs and Fellowship Programs at the Harvard T.H. Chan School of Public Health and has nearly three decades of public health experience including positions in university-based research project management and academic affairs as well positions in management and program development in community-based organizations. 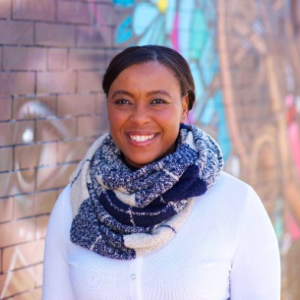 Representative Nika Elugardo, D – 15th Suffolk/Norfolk District Communities of Mission Hill, JP, Roslindale & Brookline. She has over 20 years of experience in community and economic development with public, private, and nonprofit leaders in communities of color, including serving as Jamaica Plain Liaison and Senior Policy Advisor to Massachusetts Senator Sonia Chang-Díaz. Her broad experience positions her to be a strong advocate for our District. She most recently sponsored bill H.2776/HD.2968 a petition (accompanied by resolve, House, No. 2776) of Lindsay N. Sabadosa and others for an investigation by a special commission (including members of the General Court) relative to the seal and motto of the Commonwealth. State Administration and Regulatory Oversight. 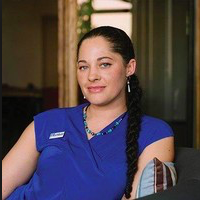 Eva Blake, Assonet Wampanoag, Senior Director of Foundation Relations at YouthBuild. Prior Senior Director of the YouthBuild USA Green Initiative which she and a colleague launched in 2005 to create opportunities for YouthBuild students and graduates to build green and healthy homes, pursue green industry careers and develop environmental leadership and
literacy. With the tenth anniversary of the Green Initiative this year, she was named one of several Climate Change Champions by Green for All. Eva is a LEED Green Associate, served in the past as Secretary and Chair of the Wopanâak Language Reclamation Project, and is an active member of the Advisory Committee of the Massachusetts Center for Native American Awareness. 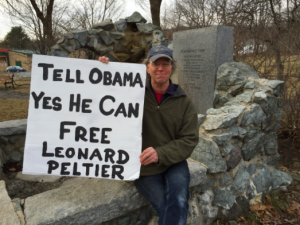 David Detmold is the volunteer coordinator of the website Campaign to Change the Mass Flag and Seal. David is the founding editor of the Montague Reporter, a weekly paper covering five towns in eastern Franklin County, Detmold has covered issues relating to preservation of culturally sensitive sites of Native origin, the retirement of the “Indian” sports mascot at the Gill-Montague Regional School District, and issues related to Native sovereignty and civil rights. As a former board member of the Nolumbeka Project, Detmold has helped to bring speakers from many of the Native Nations of the Northeast to speak about their modern lifeways and cultural heritage to large audiences at the Great Falls on the Kwinitekw River (Connecticut River). He rode his bicycle from Plimoth Rock to Standing Rock in the summer of 2017, and is preparing a book for publication about the Native history he researched and the Native people he interviewed along the way. On April 4th, he will speak about ways we all can help advance legislative efforts to improve relations between the settler society and the original inhabitants of our shared Commonwealth.