We Will Not Forget Puerto Rico!

Hurricane Maria has left many of our fellow American’s in Puerto Rico 3.4 million residents without shelter, power,  cell service, drinking water, and adequate food.  The hurricane wiped out the island’s power grid completely, and officials report that 11,000 Puerto Rican people are still without power, a year later. September 21st, marks the 1 year anniversary of Hurricane Maria. The latest death toll estimate is close to 5,000, many of them from delayed medical care. Hear from voices on the ground shed light on the economical, educational, environmental and health devastation facing our fellow citizens. Find out ways to help!

Special performance by the majestic Marsha Parrilla, Award-winning choreograph is the founding Artistic Director of Danza Orgánica. She was born and raised in San Juan- Puerto Rico (Boriken), and is of Taíno and Afro Caribbean origins. Marsha relocated to NYC where she pursued a Master’s degree in Dance Education from New York University.

Ivys Fernández-Pastrana Is originally from Puerto Rico and a lawyer by training. She is currently the Program Manager for the Pediatric Navigation Program at Boston Medical Center where she works along a team of Family Navigators and Community Health Advocates in the Department of Pediatrics.

Debbie Perez has a Masters in Public Health from Boston University, and she now works for a Healthcare Tech Company in Watertown, MA. After being disconnected from her family in Puerto Rico, and losing her stepdad shortly after that – she decided to begin a journey as a Public Health Activist for Puerto Rico by starting a Podcast called Boriken. The Podcast explores the issues happening in Puerto Rico from a public health lens, by interviewing people from the island. She decided to name the podcast Boriken, because Puerto Rico is a colony, but by using the Native American Taino name of Boriken, she hopes everyone will join her in envisioning a future where anything is possible – a future created by and for the Puerto Rican People.

Jovanna Garcia, Solidarity Program Officer for Latin America at Grassroots International.  Grassroots International works with social movements in the Global South to create a just and sustainable world by advancing the human rights to land, water, and food through global grantmaking, building solidarity across organizations and movements, and advocacy in the US. Jovanna works to build and maintain long-term relationships with partner organizations and social movements led by peasants, indigenous peoples, women, and youth in Latin America. As part of this work, Grassroots star building relationships in Puerto Rico to support social movements and grassroots organization in the decolonization struggle advancing multiples sovereignty and grassroots feminism. Prior to joining Grassroots’ she was working to advance environmental justice in communities of color. Jovanna is trilingual in Spanish (her mother tongue), Portuguese, and English. She is originally from Puerto Rico and was involved there with the student movement for ending the US military occupation of Vieques, and part of the environmental justice and decolonization movement in Puerto Rico. She has also spent some time working in Brazil with the riverine communities in the Amazonian region. 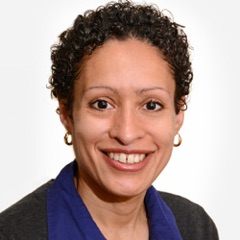 Lisa Fortuna, is the medical director for child and adolescent psychiatry services for the Boston Medical Center, and co-director of the Transforming and Expanding Access to Mental Health in Urban Pediatrics –TEAM UP for Children, a 4 year behavioral health integration project in pediatrics at three community health centers. TEAM UP is supported by the Richard and Susan Smith Family Foundation. My book “Mindfulness-Based CBT for Adolescent PTSD and Addictions” was published by New Harbinger Press in October 2015 and is a product of a five-year National Institute of Drug Abuse research grant during which I developed and tested an effective intervention for adolescents with co-occurring traumatic stress and addiction

Otoniel Figueroa-Duran, went on to the University of Puerto Rico where he graduated magna cum laude in labor relations studies. In 1998 he moved to Madrid, Spain where he went to graduate school to study Sociology of Work and worked as a researcher for Comisiones Obreras, the biggest labor union in Spain. In 2001 he moved to New York City where he worked for different labor unions organizing and representing women and men with hundreds of different national origins and languages. Since 2007 he works for one of the most active union in politics and in communities of color up and down the east coast: 32BJ-SEIU. Co-founder of the Alliance for Puerto Rico/Vamos4PR, a grassroots organization that has been at the forefront of the social activism by brainstorming solutions to both the financial crisis in Puerto Rico and the post Hurricane Maria recovery. He is also a founding member of the Massachusetts United for Puerto Rico Fund.

Armando Santiago Pintado is the National Coordinator of VAMOS4PR, a network of stateside labor, community, cultural, and human rights groups committed to fighting for justice for Puerto Rico and empowering the Puerto Rican diaspora. Before joining VAMOS4PR, Armando was the Legislative Director for Rep. Manuel Natal in the Puerto Rico House of Representatives, where he was responsible for drafting the enabling legislation of the Puerto Rico Commission for the Comprehensive Audit of the Public Debt, and advising the Commission in its investigative work. Armando has over six years of experience in legislative affairs in Puerto Rico, four of which were in public service. He holds a bachelor’s degree in Political Philosophy, Policy, and Law from the University of Virginia, and a law degree from the University of Puerto Rico

Burritos from Chilacates Mexican Street Food AND pastries from Fiore’s Bakery — Thanks to the solidarity!