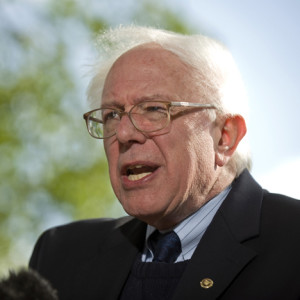 The JP Forum hosted Vermont Senator Bernard Sanders, in his only public Boston appearance, in the Fall of 2010.

Bernie is the longest serving independent member of Congress in U.S. history. He has been an outspoken champion for peace, worker rights, energy independence, environmental health, and fair taxation. During the 2010 Lame Duck Congress, the nation watched as Senator Sanders gave a riveting speech rebuking the tax compromise between the White House and the Republican leadership in the House and Senate.  He has spent his entire career fighting for the people of Vermont and the United States.

Bernie Sanders was elected to the U.S. Senate in 2006 after serving 16 years in the House of Representatives. He is the longest serving independent member of Congress in American history. Born in 1941 in Brooklyn, Bernie was the younger of two sons in a modest-income family. After graduation from the University of Chicago in 1964, he moved to Vermont. Early in his career, Sanders was director of the American People’s Historical Society. Elected Mayor of Burlington by 10 votes in 1981, he served four terms. Before his 1990 election as Vermont’s at-large member in Congress, Sanders lectured at the John F. Kennedy School of Government at Harvard and at Hamilton College in upstate New York.

The Almanac of American Politics has called Sanders a “practical” and “successful legislator.” He has focused on the shrinking middle class and widening income gap in America that is greater than at any time since the Great Depression. Other priorities include reversing global warming, universal health care, fair trade policies, supporting veterans and preserving family farms. He serves on five Senate committees: Budget; Veterans; Energy; Environment; and Health, Education, Labor and Pensions.