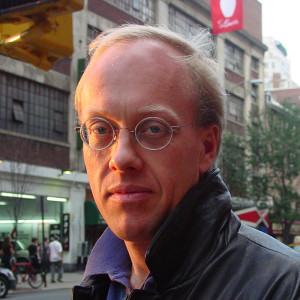 In early 2014, the JP Forum hosted Chris Hedges, acclaimed author and cultural critic, who presented on his latest book Days of Destruction, Days of Revolt.

For decades the liberal class was a defense against the worst excesses of power. But the pillars of the liberal class – the press, universities, the labor movement, the Democratic Party, and liberal religious institutions – have collapsed. In its absence, the poor, the working class, and even the middle class no longer have a champion.

In Days of Destruction, Days of Revolt Chris Hedges indicts liberal institutions, including his former employer, the New York Times, who have distorted their basic beliefs in order to support unfettered capitalism, the national security state, globalization, and staggering income inequalities. Hedges argues that the death of the liberal class created a profound vacuum at the heart of American political life. And now speculators, war profiteers, and demagogues from militias to the Tea Party are filling the void.

Chris Hedges is a cultural critic and author who was a foreign correspondent for nearly two decades for The New York Times, The Dallas Morning News, The Christian Science Monitor and National Public Radio. He reported from Latin American, the Middle East, Africa and the Balkans. He was a member of the team that won the 2002 Pulitzer Prize for Explanatory Reporting for The New York Times coverage of global terrorism, and he received the 2002 Amnesty International Global Award for Human Rights Journalism. He is a Senior Fellow at The Nation Institute and writes an online column for the web site Truthdig. He has taught at Columbia University, New York University, Princeton University and the University of Toronto.