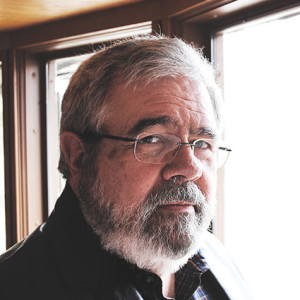 David Cay Johnston, Pulitzer Prize winning reporter and author of Free Lunch and Perfectly Legal, joined us on Tax Day 2014, for a conversation on taxes and inequality.

While at The New York Times, Johnston won the 2001 Pulitzer Prize for “for his penetrating and enterprising reporting that exposed loopholes and inequities in the U.S. tax code, which was instrumental in bringing about reforms.”

He is author of several best-selling books on tax and economic policy, including: Free Lunch: How the Wealthiest Americans Enrich Themselves at Government Expense and Stick You With The Bill and Perfectly Legal: The Covert Campaign to Rig Our Tax System to Benefit the Super Rich—and Cheat Everybody Else, a New York Times bestseller about the U.S. tax system that won the Investigative Reporters and Editors 2003 Book of the Year award. His new book, an edited collection, is Divided: The Perils of Our Growing Inequality (New Press, 2014). Johnston presently writes for Newsweek and Tax Notes and teaches at Syracuse University and lives in Rochester.