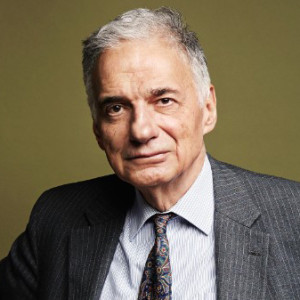 Ralph Nader, America’s stalwart fighter against corporate abuse, best selling author and presidential candidate, talked about new strategies to build economic equality and his new fiction book, Only the Super-Rich Can Save Us.

In his first work of fiction, Nader tells the story of what would happen if the country’s richest and most powerful decided to act for the common good, challenging corporate power and fixing our government – in a way that actually benefited hard working families.

In Only the Super-Rich Can Save Us (Seven Stories Press; September 22, 2009) Nader puts seventeen billionaires together in one room to address some of the most pressing issues of our time.

In this “practical utopia” Warren Buffett invites sixteen other super-rich individuals around a table to save America. It is September 2005. Buffett has just gone to New Orleans to see the destruction of Hurricane Katrina firsthand and is moved to restructure his vast personal wealth to help the people of this country. And he wants others to do the same.

In an unprecedented genre-bending book, Nader’s billionaires work together to unionize Wal-Mart, rebuild New Orleans with a speed and efficiency FEMA could only dream about, advance clean and transparent elections, effectively clean up the environment, and otherwise galvanize Congress and the corporate behemoths to be accountable to the people.

The New York Times has written, “what sets Ralph Nader apart is that he has moved beyond social criticism to effective political action.” The author who knows the most about citizen action here returns us to the literature of American social movements-to Edward Bellamy, to Upton Sinclair, to John Steinbeck, to Stephen Crane-reminding us in the process that changing the body politic of America starts with imagination.