Read this article by Ashli Molina on The Jamaica Plain News.

The resolution of a community-dividing dispute in a San Francisco neighborhood has lessons for JP, one sociologist told the crowd at the most recent JP Forum.

Beth Roy, a longtime mediator in the Bay Area, gave a talk titled, “Mediating Gentrification: How One Community Created Unity Out Of Divisiveness.” 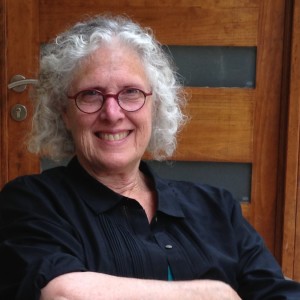 According to Roy, some residents saw their culture and time in the neighborhood reflected in the mural. Others simply saw the mural as artwork that gave life to the library building. This was Bernal Heights’s fight.

Over the years, the tension in the community heightened. The audience at First Church on Thursday listened intently at this point, their eyes fixated on Roy. The majority of the audience in the room were white elders who have been longtime residents of JP, community leaders and activists.

Officials in the Bernal area asked Roy to work with the community to come to a solution. Bernal Heights, similarly to JP, saw all types of families roam its streets and fill up its homes. Bernal housed a diverse population of Latinos, Filipinos and Europeans among other ethnicities, and that was reflected in the group that worked with Roy to find harmony in the conflict.

Together, the group reached an agreement: the mural would be recreated to reflect the Bernal Heights neighborhood, its vibe and its people. In deciding what the renovated artwork would look like, limits were tested and members threatened to withdraw from the project. The fight to move forward wasn’t easy. But it was possible.

The second meeting, Roy said, was a key turning point. During the second meeting, they showed images of suggestions for the mural. Some members were upset. They felt the images didn’t accurately reflect what they were hoping to showcase. Dan Martinez, a man born in the community, mediated the meeting and encouraged the group to come to an agreement. After much frustration and negotiation, the group was able to talk out their opposing opinions on the images over what Roy called a “bonding experience.”

“Change happened in a room right now. Don’t move too quickly because you’ll regret it tomorrow. Meet again,” she told the room as she recounted her memories of the meeting.

That’s the message. Change can happen, but it requires solidarity among the community. It requires a strong human force to change the way a community lives.

Roy and her group met multiple times, negotiated, engaged the community and raised substantial funds to create a new mural, which reflected the change in the community over the years. Without knowing much about JP, Roy equated the branch library mural dispute to JP’s debate over Whole Foods coming to Hyde Square.

Gentrification can divide community members, or bring them together.

“Gentrification is something we cannot stop altogether but you as a community are doing things to humanize it,” Roy told JP.

“We want to change gentrification. We want to stop it,” he said. “We can do these small things, which are great, but they’re band-aids. We’re essentially putting band-aids on the cancer.”

So the questions remain: Can JP move forward? Can it reach a union amidst changing times?