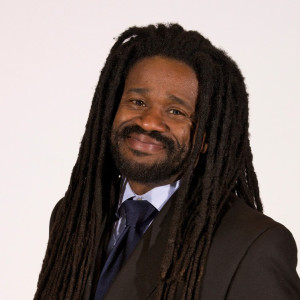 In the Spring of 2012, Rev. Osagayefo Sekou joined the JP Forum for a conversation about his new book, Gods, Gays, and Guns, and his reflections on the role of religion in our global democracy.

As a pastor, documentary filmmaker, theologian, and organizer, Rev. Osagyefo Sekou argues that the religion must be used for the expansion of democracy. His new book, Gods, Gays, and Guns takes up the topics of gay marriage, economic justice, and social movements.  Written in London’s ghetto, the aftermath of Haiti’s earthquake, post-Katrina New Orleans, and Parisian cafes, Gods, Gays, and Guns is a spiritual tour-de-force— revealing a crisis of faith in religion and democracy.