Are humans doomed to make decisions in the short term? Under what conditions can we act for the long term?

Per Espen Stoknes joined the JP Forum for a riveting talk on, why, despite everything we know, we are so resistant to do something about climate change. Undeniably, our knowledge and certainty about climate change have grown considerably in the last 20 years. At the same time our concern for the issue has diminished. Indeed, in 1989, 70% of people were ‘somewhat’ or ‘very’ concerned, today only 50% report concern. Wealthy, English speaking countries care the least about the planet in most ranking, so much so that it is joked there may be a correlation between speaking English and not giving a damn (more seriously, there likely is a connection between capitalism and a disposable, colonial relationship with nature). The story of inaction is more complex than mere denial; in his talk, Stoknes identified five reasons why people seem so reluctant to create a more sustainable world.

The 5 Psychological Barriers to Climate Action 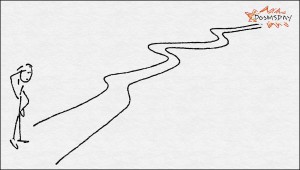 The rhetoric around climate science tends to be in the future tense. This creates distance between us and the far-off consequences of inaction. Even though the effects of climate change are already being felt, the disasters talked about on the news often take place far from us. There are distances in responsibility, distances in geography and ultimately, distances socially. 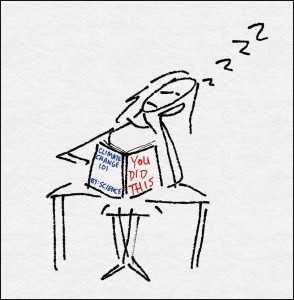 Fear and guilt are pacifying feelings. Alarmist warnings that entire countries will soon be underwater, or accusatory discussions about mankind’s irreversible destruction do not create momentum for change. Instead, they bring about avoidance behaviour, whereby instead of thinking about how we can tackle the issue, we avoid it entirely. Stoknes referred to this as “apocalypse fatigue,” whereby inundating doom stories end up discouraging involvement rather than creating lasting engagement. 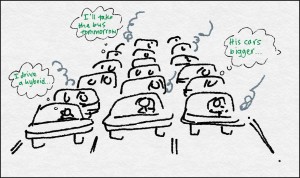 Dissonance is that uncomfortable feeling you get inside when your actions conflict with your knowledge. For instance, most people understand the environmental benefits to recycling. But that doesn’t mean they do it. Instead, we make up justifications for our actions – I’ll recycle next week…it’s only a small piece of plastic…recycling is probably a scam by the government…and so on and so forth. This is called “moral licensing.” 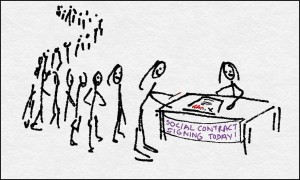 Or resistance, as Stoknes referred to it, manifests in a reluctance to change the way we live. It is also a reluctance to discuss certain issues. In a social contract type way, we are complicit in not talking about topics that may lead to uncomfortable realizations – for instance, where does all our meat come from? 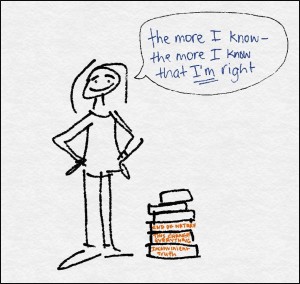 Lastly, regardless of how much we learn about global warming, who we are, and what beliefs we attach to that identity, will continue to override what we learn. Interestingly, the more educated climate- change deniers are, the more vehemently they defend their belief. This is true on both sides of the political spectrum. Those on the left  are increasingly forceful of the risks of nuclear power the more  knowledge they have about the actual, less severe, risks.

Understanding the causes of climate inaction are helpful in identifying  how to better create an environmental movement that builds  momentum and active engagement. In response to his five barriers,  Stoknes also provided five streamlined solutions.

Stoknes’s explanations and solutions were compelling and accessible. Approaching the environmental movement and any social movement from a psychological perspective is invaluable for understanding our actions and what we can do to change. These are solutions environmental economists and scientists are not reaching and once again demonstrate the necessity of multiple stories and voices.

You can learn more from Stoknes’s book What We Think About When We Try Not To Think About Global Warming, and check out the JP Forum’s upcoming events.